Topic #1: Liberalism and its Critics

thought. In this class, our representatives of liberalism have been Locke and Mill (but later thinkers like

Dewey, and Berlin also relate). However, a number of thinkers, beginning with Plato and running through

Marx, Nietzsche, and Schmitt, have been highly critical of liberalism.

This essay asks you to answer several questions: first, what is liberalism? How do we define it,

drawing on our texts? Second, what are some of the major critiques of liberal political thought, and how

persuasive are they? Does liberal philosophy remain compelling in late modernity?

Topic #2: The Ancients and the Moderns

obsessed with utopian “imagined republics.” Taking this observation as our starting point, this essay asks

you explicate the differences between ancient and modern political thought. Do they start from different

assumptions about human nature? Do the moderns face a different set of political questions, or do they

Finally, evaluate the relationship between these two modes of political thought are the ancients

in the moderns compatible? Is one approach superior to the other? Make an argument for how we should

Many modern thinkers (especially Rousseau and Marx) argue that, for a variety of reasons,

contemporary society makes us both less happy and less free. How do they make this paradoxical

argument? What thinkers offer a more optimistic account of modernity? This essay asks you to evaluate

this debate and come to a conclusion about what we can learn from it. 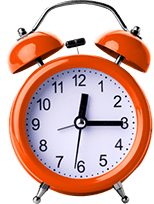